A little about Plague Tale: Innocence –

In A Plague Tale: Innocence, the player assumes control of Amicia de Rune from a third-person perspective. For the majority of the game, players need to utilize stealth to avoid hostile encounters, as enemies will kill Amicia instantly if they catch her. Amicia is equipped with a sling that can throw rocks to break chains, create distractions, or stun guards long enough for the rats to ambush them; she can also kill enemies with a headshot if their head is unprotected. Her sling also has the ability to throw a variety of homemade alchemic substances, some of which can start fires, put out fires, or attract rats to a certain location.[2]

The game consists of a series of survival puzzles, which mostly consist of the player having to use specific methods to scare away or distract the hordes of hungry rats in order to gain access to new areas or direct them towards enemies. The primary method of warding rats off is fire, as they will seldom enter within the radius of burning torches and braziers. Amicia can craft special ammunition and supplies, which include fire-starting sulfur stones that ignite braziers, stink bombs that attract rats, or fire suppressants to extinguish torches carried by enemies.[3] Amicia’s younger brother, Hugo, can be directed towards specific tasks when Amicia is busy, and can also access certain areas that she cannot. However, this is risky, as Hugo will start to panic if left alone and can attract unwanted attention. Later in the game, the player can assume control of Hugo, who cannot craft items but can control rats and sneak through small spaces. 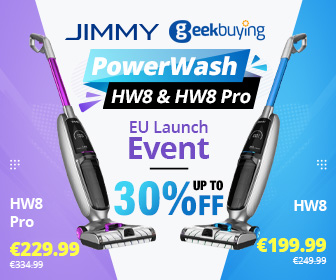 Why you need to play this game –

This game is one of the best storytelling survival Indie games I have ever seen. If you have played or watched Hellblade: Senua’s Sacrifice, you know how good this type of Indie game can be. Plague Tale Innocence has got many awards for its beautiful realistic environment. The game has gotten great review ratings from major Game review companies like IGN. The gameplay is good. But this is not a heavy brawler type of game so don’t expect hacking and slashing. Overall they have really portrayed the medieval European country very well. With the addition of the Plague disease in the story, they have really got me to believe that I was realy there and watch the people of that time.

The game is good. I recommend you to play it.

Don’t believe me? Watch the review of the game from my favorite youtube channel –

You can claim this game during the range of 5th to 12th August 2021. Every Thursday at 8:30 PM IST a new game is open for free to claim at the Epic store.

Please claim the game before time runs out and share this news with your friend by sharing this post. It will help me a lot.

Claim the game from – here

How to claim the game –

step 1 – Make an account in Epicgames.com.
step 2 – enable your account, and get your account login to the Epic store.
step 3 – Go to the Store option.
step 4 – scroll down and you will find a free game section, there will be available your specific game.
step 5 – click on the game and there will be a get button click on it. Now a new window will be opened and you have to click on proceed. And now your game is in your library. Have fun One thought on “How to claim the game | Plague Tale: Innocence giveaway”